Thoughts from the road: Small business drives strong communities across the country 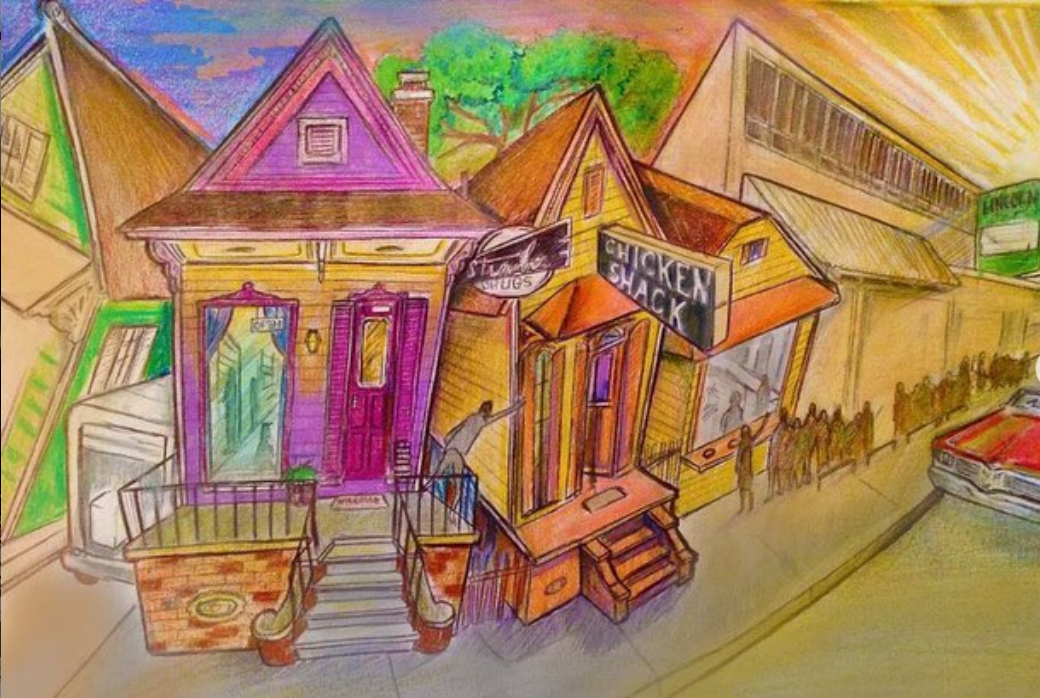 David and I spent National Small Business Week on the road in New York; Columbus, Ohio; and Baton Rouge, Louisiana. We spoke with stakeholders from different walks of life who all recognize the transformative power of small business from varied angles.

Let me tell you. It was wild.

Mental gymnastics at its finest, switching gears and terminology as we zoomed between folks with shared goals but not a shared language:

As an intermediary, it’s our honor and responsibility to speak to and translate between investors and overlooked-underestimated communities. From this foundation of deep listening, we get to craft investment solutions that align the strengths and meet the needs of these different stakeholders.

In truth, this is what we’ve done and continue to do in San Diego building inclusive economic opportunity through our Advance fund. But compressing these conversations into five 10+ hour days in starkly different geographies reinforced several key themes.

Racism in the South is on another level

We know that there are policies and systems historically rooted in racist practices that continue to have legacy effects decades and even centuries later. Banks took slaves as loan collateral. Former slaves given land after Emancipation weren’t suddenly given respect. They were deceived and terrorized out of much of that land. What land that was retained has been subject to redlining and artificially low appraisals that still limit the capital flowing into low-income neighborhoods and suppress wealth-building. In San Diego we have insidious, less obvious racism that we take strides to dismantle through more inclusive investment processes.

But in Baton Rouge today, racism is still in your face.

Racism is being told as a Black credit officer, “there’s no way someone named Shakita is going to get me a loan.”

Racism looks like being asked for your non-existent husband to co-sign on a loan application despite your proven track record, positive revenue, and a personal credit score above 800.

Racism is putting your house up as collateral to build your business building houses for others. It’s having that house reposessed instead of refinanced, then sold with no improvements for hundreds of thousands more than the low-ball appraisal that could have sustained a re-fi. It’s being told “we couldn’t let you be the first Black millionaire in these parts.”

Racism looks like being asked to be a subcontractor on a major bid, providing Diverse Business Enterprise (DBE) points to help win the contract, but being cut out of the wealth and capacity building that the primary contractor gets.

Racism is having to pay to apply for dozens of different diversity certifications for municipalities and major corporations in order to bid as a DBE. As if being shut out of the procurement process in the first place wasn’t certification enough.

Racism is being allowed a certain, modest amount of success as a Black entrepreneur with many prohibitive risk protections in place, while others can fail spectacularly and still be greenlighted for their next attempt.

These instances of racism—aside from Shakita’s personal attack—are rooted in a belief that because Black entrepreneurs don’t have the same pre-existing assets as White entrepreneurs, they will default on their loans or breach their contracts at higher rates. That because of their lack of capital they are too risky to have any capital. But we met some of the most tenacious entrepreneurs who have been making it work against the odds. And they’re hiring and training others in their community to not only lift themselves, but each other.

People talk about crabs in a bucket pulling each other down. But I know that a bucket is not a crab’s natural habitat, and we can organize to all get on this side, tip this thing over, and thrive.

Other (Mis)Perceptions of Risk

Truly, I could/should write an entire longer post about just this. Perhaps soon!

Our new friends at Shift Capital have been developing the kinds of affordable commercial real estate in Philadelphia that we hear from entrepreneurs all the time is one of their biggest challenges. They had a public-private partnership to support residents in the low-income Kensington neighborhood to move into their commercial spaces. Through the partnership, they provided $10,000 toward tenant improvements which they found was woefully inadequate to get their target entrepreneurs successfully built out and moved in.

This prompted the question, “Why place the burden of risk for tenant improvements on the tenant?” The idea that a landlord paying for a buildout for a company that then closes would be the victim ignores that a company with employees shuttered while they still have a hard asset that many entrepreneurs would be happy to sign on to lease. Why is the tenant the principal risk?

Communities need a real estate developer that is willing to do things differently. To connect the dots across sectors, partners, and neighborhoods. To better serve people.

Arctaris, like us, uses a blended finance approach with impact-first investors playing a catalytic role to unlock other investment capital. What they found time and again is that institutions investing in underserved businesses are more concerned with principal protection—potential loss—than with higher returns. Their exceptional performance shows that investing in these “riskier” businesses does not result in outsized defaults, yet investors still fixate on downside exposure.

Our perceptions of risk are misguided in many more ways.

The same challenges for entrepreneurs

Across the country, we heard the same few things that are tripping up entrepreneurs eager to support their communities:

I thought the capital gap in San Diego would be higher than in Ohio or Louisiana since our cost of living sure is. But the commercial capital gap is remarkably consistent in a variety of markets. Nine times out of ten, entrepreneurs we met with in other states had the same needs as those in California. Even in New York, we heard the familiar challenge of childcare providers struggling to navigate a shifting government reimbursement practice.

Children under the age of 18 will be majority people of color next year. That’s our workforce, our entrepreneurs, our community leaders. We have not just an ethical obligation, but an economic one as well, to create more inclusive economic opportunity.

Too often in economic development, we look mostly at data: We understand the educational attainment of a city’s workforce; we focus on buildable space; we consider connectivity to transit systems; we measure exports or count square feet of green space.

But people and communities are often only referenced as units of measure, or as inputs to make businesses and economies thrive. In many cities, this type of thinking has led to increasing disparities in wealth and prosperity. It has led to certain neighborhoods and populations thriving, as others remain in the shadows, struggling.”

One of my favorite thought leaders in the space, Rodney Foxworth of Common Future (formerly BALLE), cut through a lot of the noise in our round table on how to support entrepreneurs and entrepreneurial ecosystems. “The problem is that workforce development, economic development, and community development exist in separate silos. These are different facets of the same work.”

We saw wonderful strides in Columbus. Economic development professionals there are creatively combining Opportunity Zone designations with municipal and state incentives to attract capital into real estate projects that will provide the housing, commercial space, and jobs that they need.

And we met a fantastic organization in Baton Rouge, The Walls Project, that uses a three-part frame for their theory of change:

It felt a bit dizzying in scope until we realized THIS. This is what it looks like to combine workforce and economic development for a vibrant community.